The Shiawassee County region’s top academically accomplished high school seniors have been nominated for scholarships to the University of Michigan by the Cook Family Foundation.  One of these students will be selected to receive a four-year, full-tuition scholarship from Bruce and Jacqueline Cook.

In order to assist them with their college selection, thirty-four of the nominees recently attended an overnight trip to the University of Michigan where they met with admission officers, took a tour of the campus and stadium, attended a class, and had the opportunity to spend time with students from the Shiawassee County area presently enrolled at the University of Michigan.

This fall, the Cook Family Foundation is entering its fortieth year of awarding scholarships. Since 1980, more than 800 students have received a scholarship from the Foundation to the University of Michigan.

Although Michigan is very selective, the Cook Family Foundation strives to help prospective students every step of the way. From scholarships and guidance, to trips to see U of M, we hope to help students be the best candidates for admissions they can be.

This, however, does not mean admission will be guaranteed. Every year, almost twice as many students apply to the University from Shiawassee County than are admitted. The graph below shows the application trends from the Shiawassee Area since 2012, with blue lines being the applicants from the area, red being admitted and yellow being the number attending. 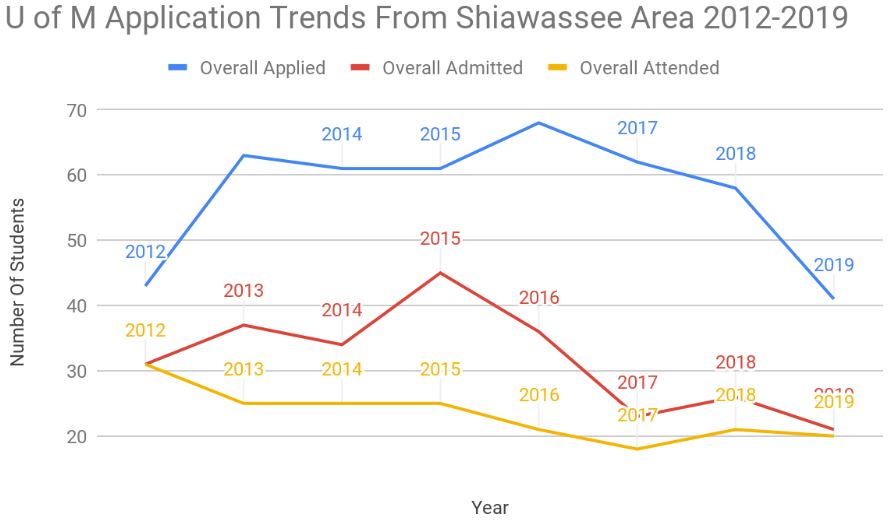 Now what might these numbers mean for a high school student from Shiawassee? It may look daunting, but it shows that it’s entirely possible to be admitted. There have been 32 students from Shiawassee admitted on average each year.

If you are, or know, a high school student who thinks they have what it takes to get into the University of Michigan, don’t hesitate to contact us!  Read the relevant pages on our website to learn more about our scholarship process.

This post, and the research behind it, is the work of Jake Bacigal, Owosso HIgh Class of 2018 and now an engineering student at UM.  He was one of several of this year’s Owosso Fellows serving as interns for local organizations, 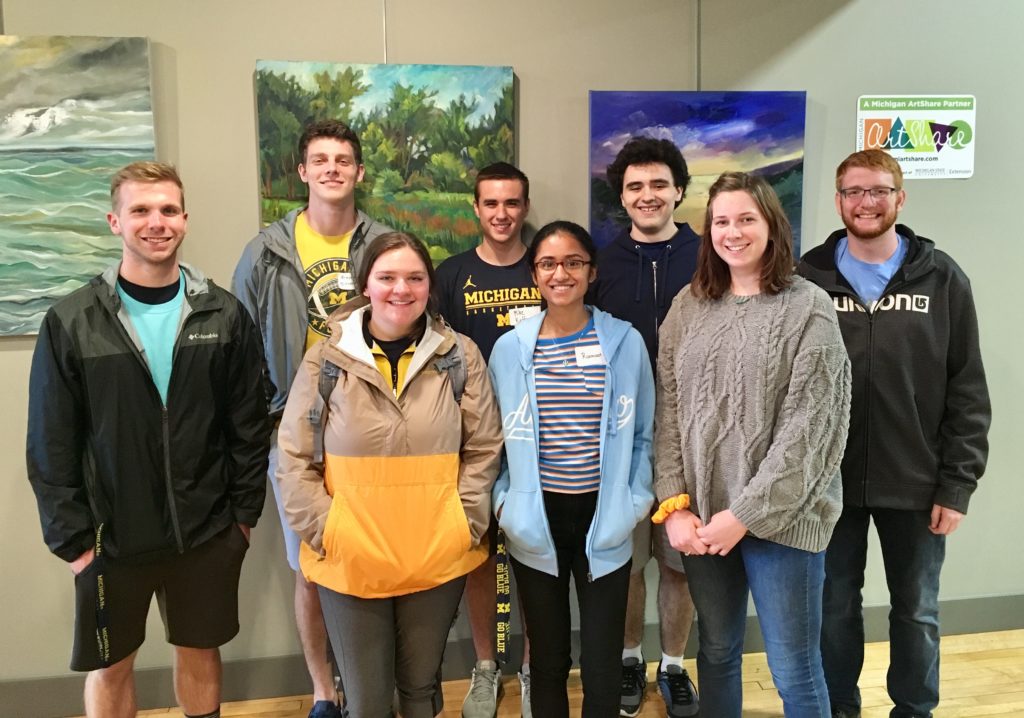 Eight University of Michigan students are spending their summer back home in Shiawassee County working for community organizations, thanks to the Cook Family Foundation’s Owosso Fellows program.  The Foundation provides funding to community nonprofits to hire UM students, who were scholarship recipients from the Foundation, for a summer internship.  The students get an opportunity to explore career paths, investigate real-world issues, and learn about themselves. Community organizations get to employ the skills and intelligence of students from one of the nation’s top universities, who happen to have grown up nearby.

The Owosso Fellows get together three times during the summer to share their insights and reflect on their experiences.  In August, the Fellows will meet the public at the Armory and put on display their summer learnings.

The eight Owosso Fellows are