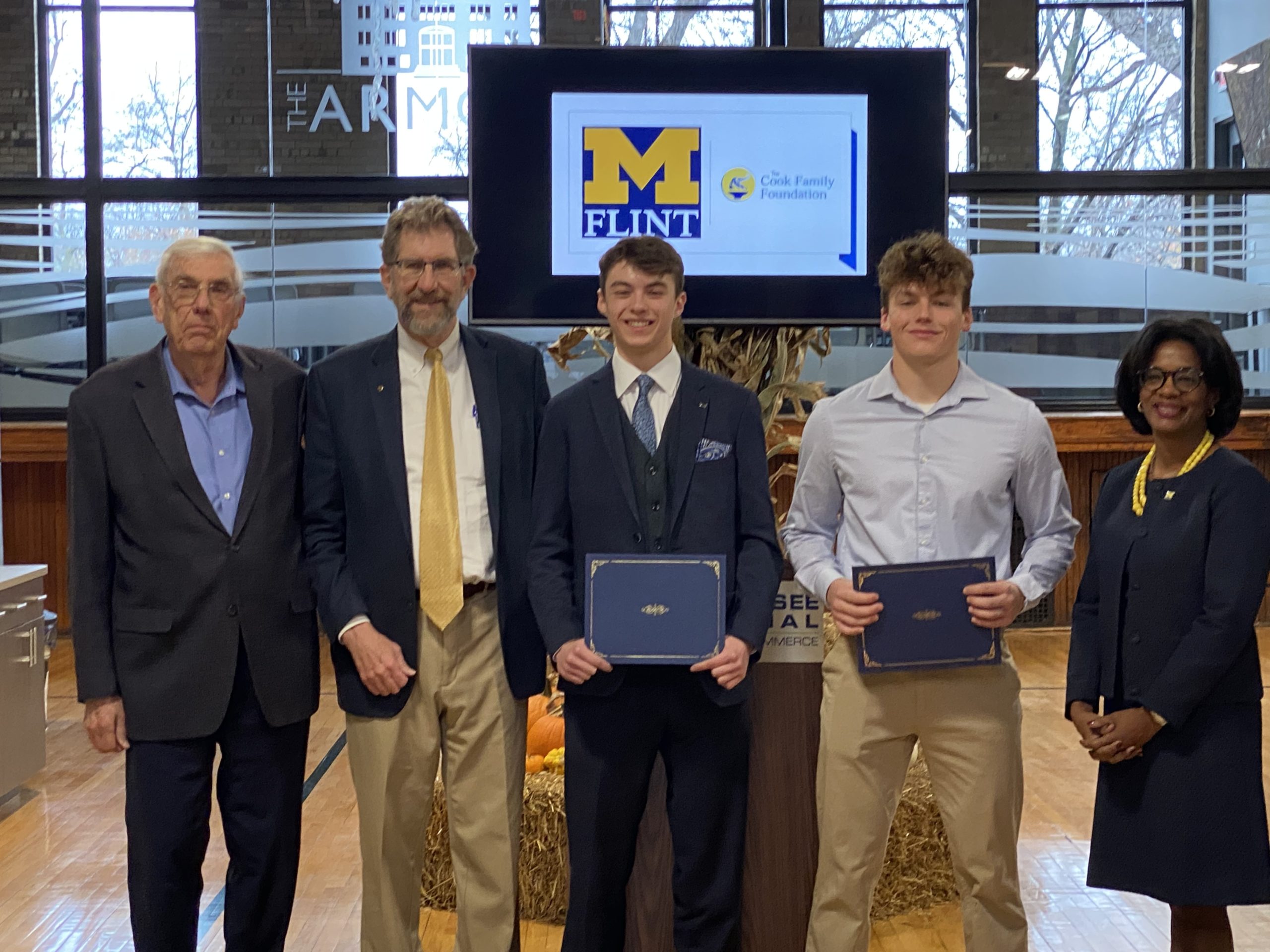 The Cook Family Foundation announces the awarding of 12 scholarships to Shiawassee area high school graduates to attend the University of Michigan-Flint.  On Wednesday, November 17, Provost Sonja Feist-Price was able to recognize several of the students who started at the University this semester.

Dr. Feist-Price, the University of Michigan-Flint’s Provost and Vice Chancellor of Academic Affairs, also spoke to the Owosso Rotary Club.  She provided details on their recent expansion of programs and facilities and shared her personal philosophy, “I believe education is the great equalizer, and that accessibility to learning changes lives. As a first-generation college graduate, I can attest to the power of education and how it changed my life, and the lives of so many others for the better.”

Dr. Feist-Price began her education at McNeese State University in Lake Charles, Louisiana.  She now holds doctorates from Southern Illinois University and the University of Kentucky, where she was the Vice President for Institutional Diversity prior to coming to Michigan.

Dr. Feist-Price also noted the numerous scholarship programs available at the University of Michigan-Flint, as well as the recent partnership with the Cook Family Foundation to provide scholarships for academically accomplished Shiawassee County area students.  Learn more about these and other scholarships (eligibility and how to apply) at the Foundation’s website  https://www.cookfamilyfoundation.org/scholarships/one-university-three-campuses/s/

After her Owosso Rotary address, Dr. Feist-Price, then presented certificates to recent recipients of Cook Family Foundation UM-Flint scholarships, who were available to attend the event.  Here is the full list of scholarship recipients:

There are two important advantages in attending UM-Flint or UM-Dearborn. Not only are both schools outstanding four-year institutions, but they also offer the opportunity to earn credits that easily transfer to UM-Ann Arbor. No matter where a student starts or finally graduates within the system, their degree carries the important block M indicating they are a graduate of the University of Michigan.

What were the lessons learned during the pandemic? Click HERE.

To watch the recording of the Sept. 20th ZOOM information session, click photo for link. 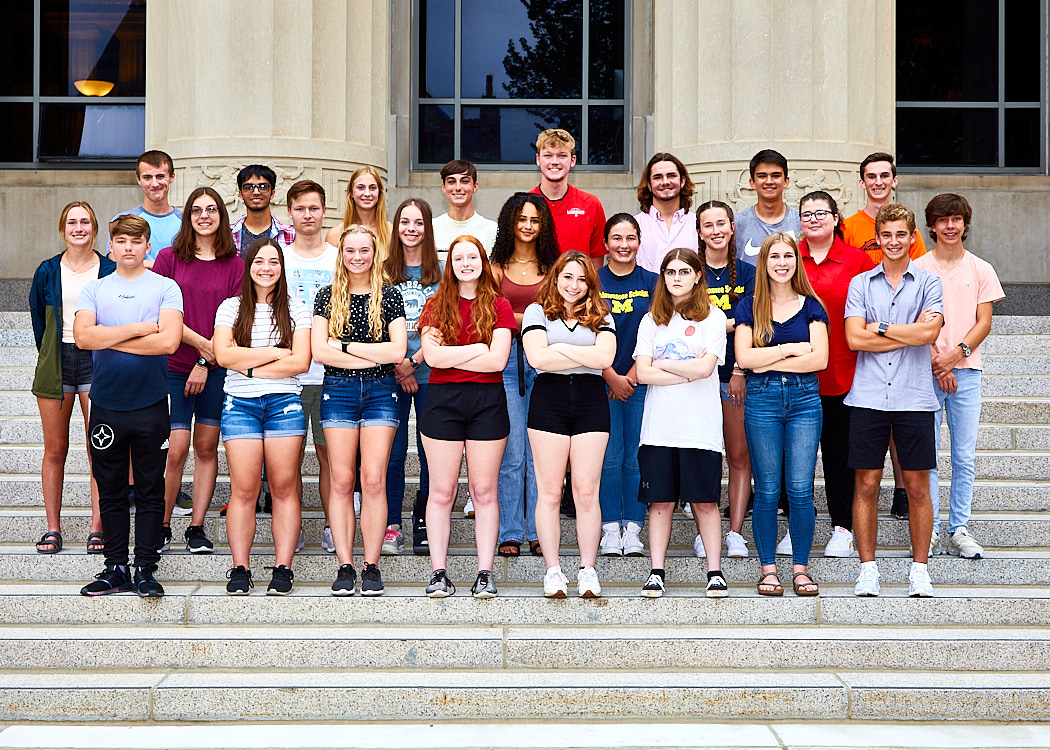 For scholarship information and application, click photo for link. 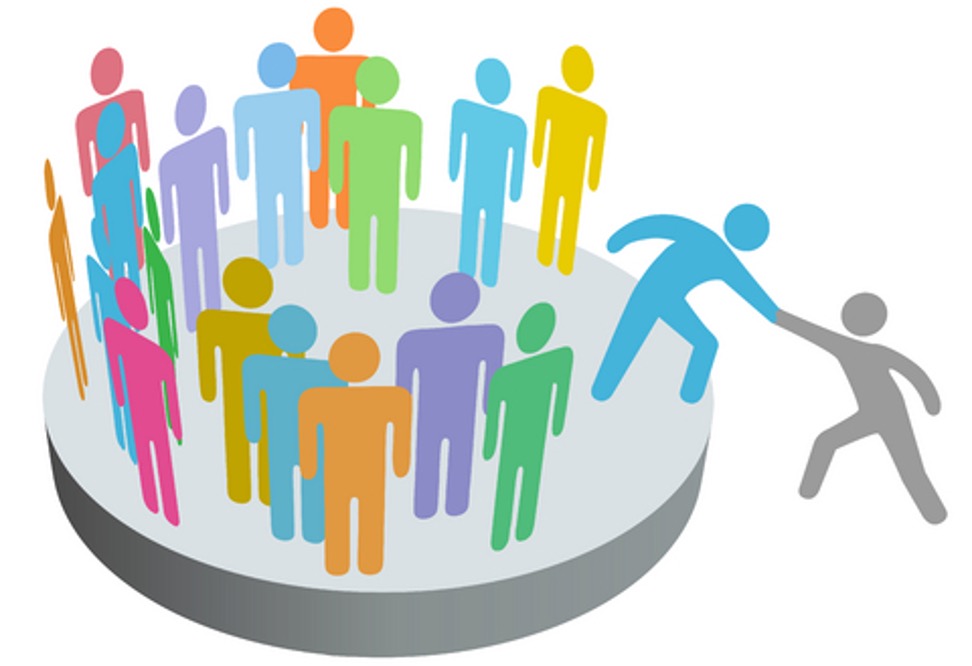 To register for the Worshop and learn more about the Remedy Project, click HERE.

Photo credit: Michael D-L Jordan/David-Lorne Photographic Twenty-five of the most academically accomplished high school seniors from the Shiawassee County area recently made a trip to Ann Arbor. (See below for the full listing of all thirty-nine nominees, which includes those nominees unable to attend the trip.)

Thirty-nine of Shiawassee County region’s most  academically accomplished high school seniors have been nominated for scholarships to the University of Michigan by the Cook Family Foundation.  One of these students will be selected to receive a four-year, full-tuition, scholarship from Bruce and Jacqueline Cook.

In order to assist them with their college selection, twenty-five of the nominees recently attended an overnight trip to the University of Michigan where they met with admission officers, took a tour of the campus and stadium, heard a presentation for a professor, and had the opportunity to spend time with students from the Shiawassee County area presently enrolled at the University of Michigan.