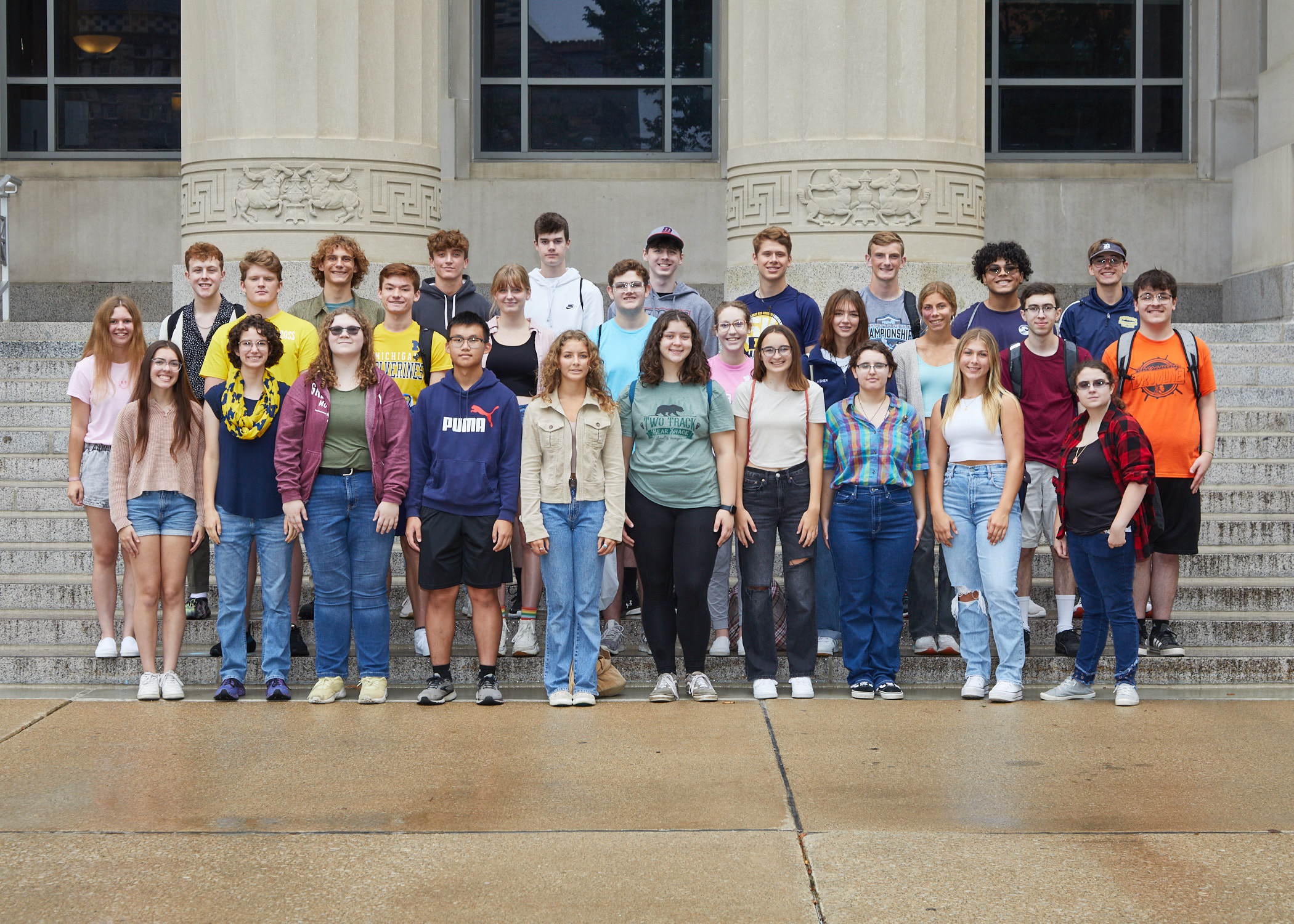 Twenty-nine of the most academically accomplished high school seniors from the Shiawassee County area recently made a trip to Ann Arbor. (See below for the full listing of all forty-four nominees, which includes those nominees unable to attend the trip.)

Forty-four of Shiawassee County region’s most academically accomplished high school seniors have been nominated for scholarships to the University of Michigan by the Cook Family Foundation.  One of these students will be selected to receive a four-year, full-tuition, scholarship from Bruce and Jacqueline Cook.

In order to assist them with their college selection, thirty-one of the nominees recently attended an overnight trip to the University of Michigan. There they had the opportunity to meet with admission officers, to take a tour of the campus and stadium, to hear a presentation from a professor, and to spend time with students from the Shiawassee County area presently enrolled at the University of Michigan.

In addition to scholarships to help students attend the University of MIchigan in Ann Arbor, the Foundation recently announced The University of Michigan Shiawassee Advantage.  Now any graduating senior with a GPA of 3.5 or higher from any of the ten high schools in the greater Shiawassee region will receive a $3,000 Cook Family Foundation Scholarship if they enroll at any one of the three University of Michigan campuses (Ann Arbor, Dearborn or Flint).  Additionally, these students will then become eligible for many of the substantial U of M merit-based scholarships, as well as the full-tuition Go Blue Guarantee if they have demonstrated financial need.

For assistance applying to UM, or for more information on scholarships, contact the Foundation.