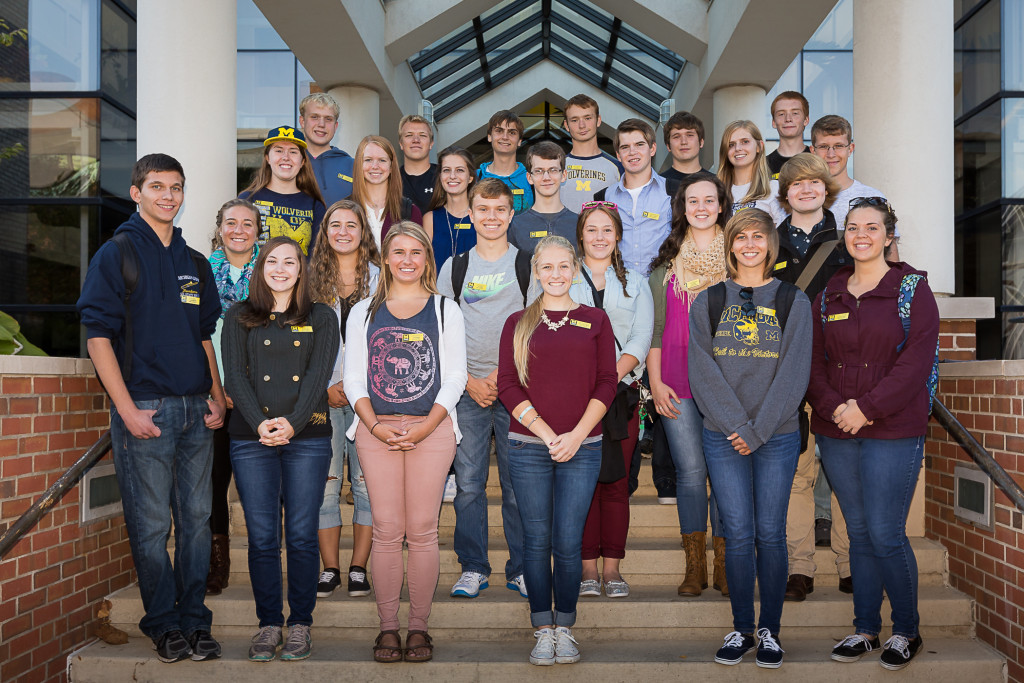 Twenty-six of the most academically accomplished high school seniors from the Shiawassee County area recently made a trip to Ann Arbor. All have been nominated for scholarships to the University of Michigan by the Cook Family Foundation. One of the students will be selected to receive a four-year, full-tuition scholarship from Bruce and Jacqueline Cook.

The students from nine area school districts were nominated because of their high grade point average and test scores; all are outstanding students. Based on their academic records, the promise of future academic success, and demonstrated leadership capabilities, one of these nominees will be selected to receive the Bruce and Jacqueline Cook Scholarship, which covers all tuition for an undergraduate education at the University of Michigan.

If they apply and are admitted to the University of Michigan in Ann Arbor, the following students will be considered for the Bruce and Jacqueline Cook scholarship: from Byron, Kaila Daley and Mitchell Lawrence; from Chesaning, Rosemarie Calandrino, Anthony Edgar, Heather Mahoney, and Abigail Wallace; from Corunna, Alexander Backus, Nicholas Mars, and Connor Svrcek; from Durand, Jason Cottrell, Daniel Greeson, and Allison Luchenbill; from Laingsburg, Hanna Angst, Julia Angst, and Daniel Briggs; from New Lothrop, Clara Devota, Harrison Miller, and Hannah Thomas (not pictured); from Ovid-Elsie, Conner Applebee and Emma Phillipson; from Owosso, Mary Basso and Carmen Chamberlain; and from Perry, Breanna Bixler, Nathan Davis II, and Micah Johnson.