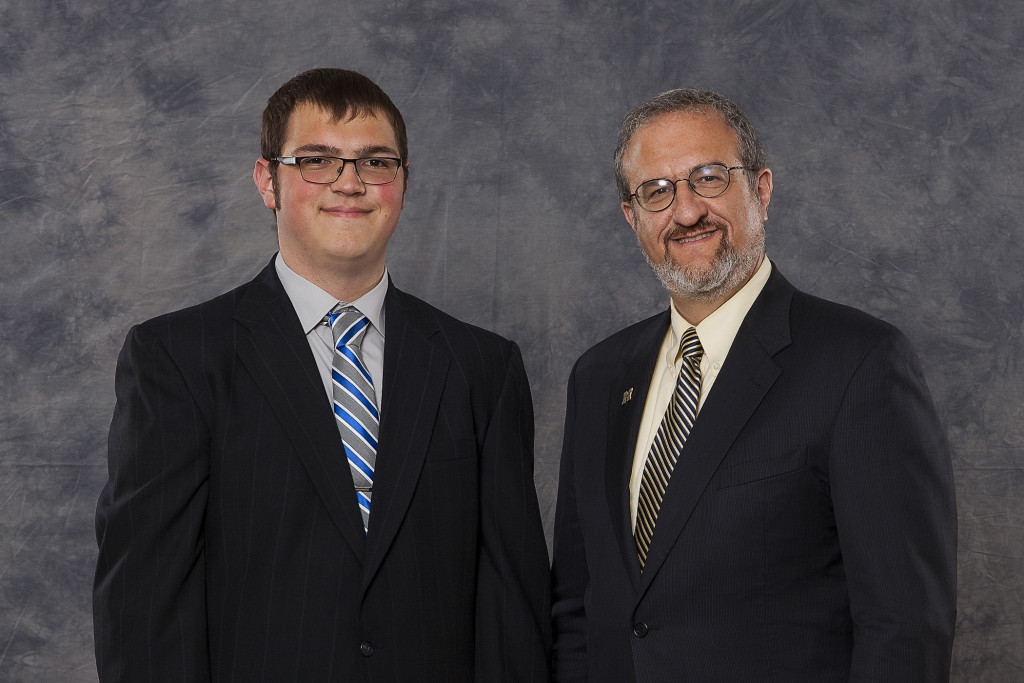 Twenty-six of the academic leaders and best from the Shiawassee County region are headed to the University of Michigan next fall with scholarships from the Cook Family Foundation.  Among those recognized on May 12 by UM President Mark Schlissel was Laingsburg senior Nicholas Miller, this year’s recipient of the Bruce and Jacqueline Cook Scholarship.  He is the ninth winner of this full tuition scholarship provided by the two alumni of the University.

Nick Miller is a National Merit Scholarship commended student with a 3.96 grade point average.  He is captain of the Laingsburg quiz bowl team and science olympiad team.  An avid band member, Nick is a section leader as well as a trumpet soloist in the the jazz band. His career plan is to study epidemiology at Michigan leading to graduate study in public health.

In remarks as part of the scholarship recognition dinner, President Mark Schlissel stressed that the University of Michigan is a public university with a goal of serving academically talented students from throughout the state.  He noted the strong scholarship and financial aid support the University gives to make UM the most affordable public university in the state.  He also thanked alumni like Bruce and Jackie Cook for their support, and urged recent alumni to be advocates and recruit talented students to the University.

The Cook Family Foundation was formed in 1978 and provided one scholarship that year to the University of Michigan.  The Foundation now offers a scholarship to all high school students from the Shiawassee region who are admitted to UM.  More than 500 scholarships have been granted.  The Bruce and Jacqueline Scholarship is funded separately from the Foundation.