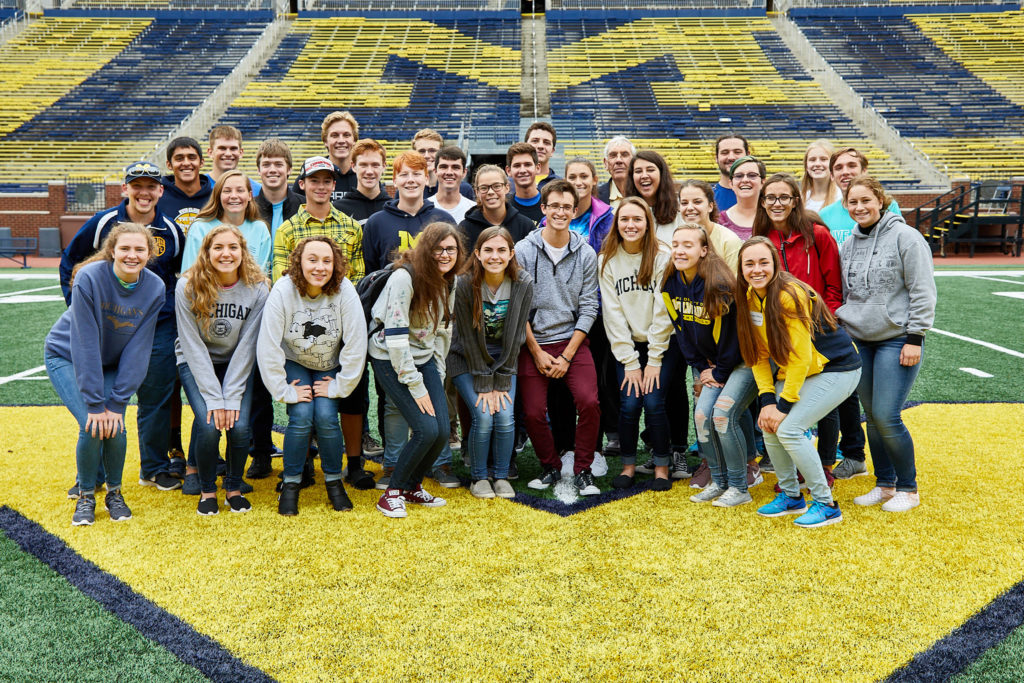 The Shiawassee County region’s top academically accomplished high school seniors have been nominated for scholarships to the University of Michigan by the Cook Family Foundation.  One of these students will be selected to receive a four-year, full-tuition scholarship from Bruce and Jacqueline Cook.

In order to assist them with their college selection, thirty-two of the nominees recently attended an overnight trip to the University of Michigan where they met with admission officers, took a tour of the campus and stadium, attended a class, and had the opportunity to spend time with students from the Shiawassee County area presently enrolled at the University of Michigan.

Past recipients of the Bruce and Jackie Cook Scholarship have included Tyson Moore from Corunna in 2018, Elizabeth Hoornstra from Chesaning in 2017, Mitchell Lawrence from Byron in 2016, Nick Miller from Laingsburg in 2015, Nolan Wendling from New Lothrop in 2014, Emily Feuka from Perry in 2013, Sam Whaley from Perry in 2012, Adam Stewart from Laingsburg in 2011, Valerie Foster from Byron in 2010, Adam Dingens from Corunna in 2009, Randy Piper from Owosso in 2008, Dan Frechtling from Perry in 2007 and Kendra Frye of Owosso in 2006.